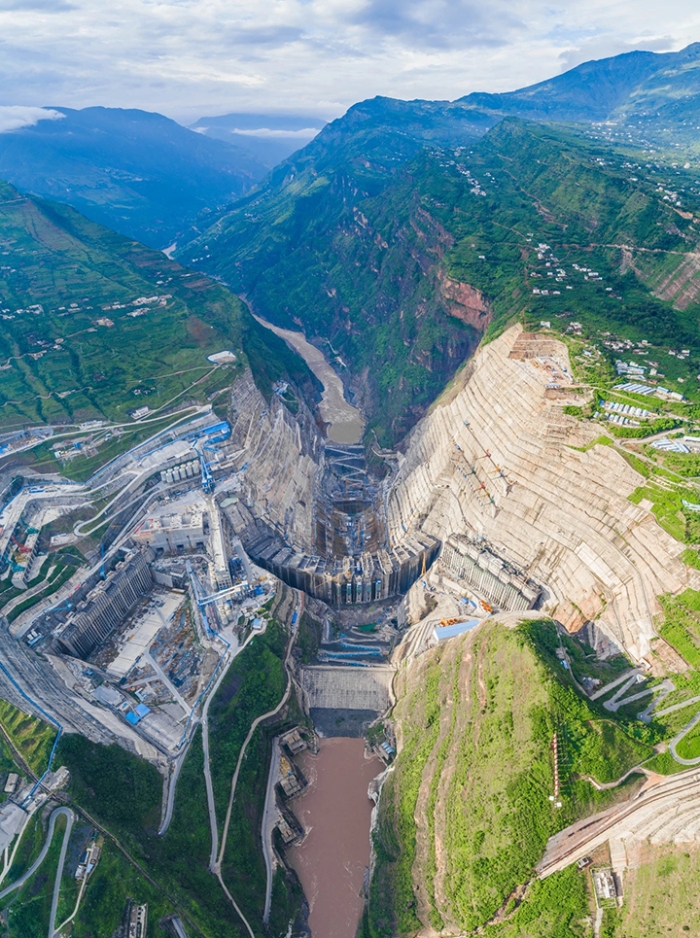 Located on the lower reaches of the Jinsha River in central Hubei Province, Baihetan Hydropower Station is the world’s largest power plant currently under construction. It is also one of the key sources for transmitting electricity from western areas to East China. Once completed, the hydropower station will also deliver other benefits including ood mitigation, local economic and social development, silt retention and downstream navigation improvement.

The Baihetan hydropower station is designed to have 16 domestically-made generating units each with a million-kilowatt capacity, a historic leap in the localization of the key hydropower equipment in China.

After all the units are put into operation, Baihetan Hydropower Station will become the second largest hydropower station in the world after the Three Gorges Project, which has important strategic significance for promoting the development of the Yangtze River Economic Belt, optimizing the energy structure, and promoting energy conservation and emission reduction.